So, today on 1st of March 2015 at Mobile World Congress 2015 Samsung finally unveiled its most awaited device in Galaxy family, The Galaxy S6 and Galaxy S6 Edge,Earlier today from the MWC we also poster our review on the newly revealed HTC One M9, and now here’s our specsheet for the newest arrivals in galaxy family. 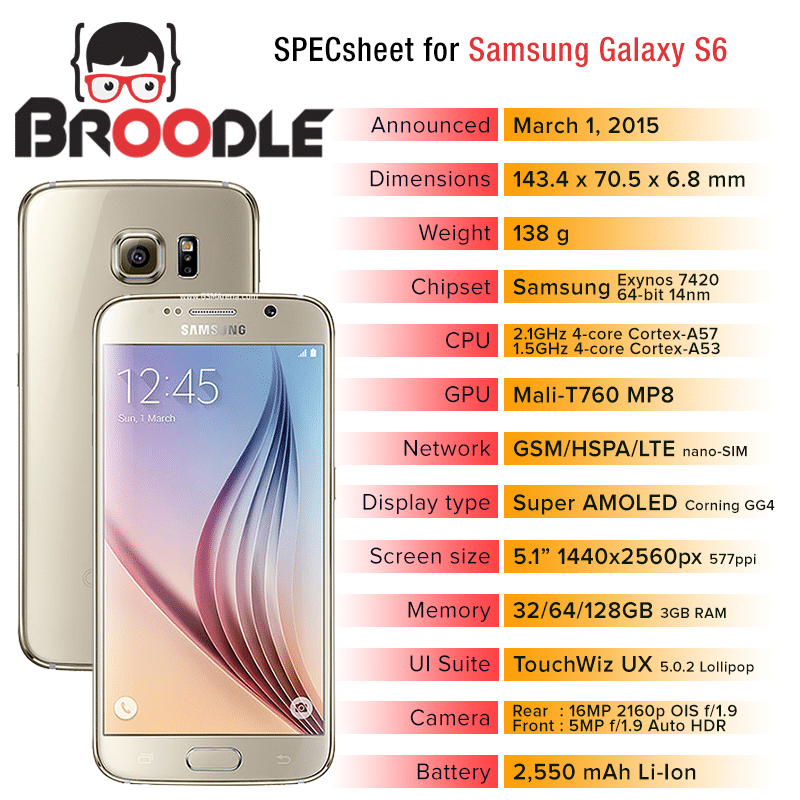 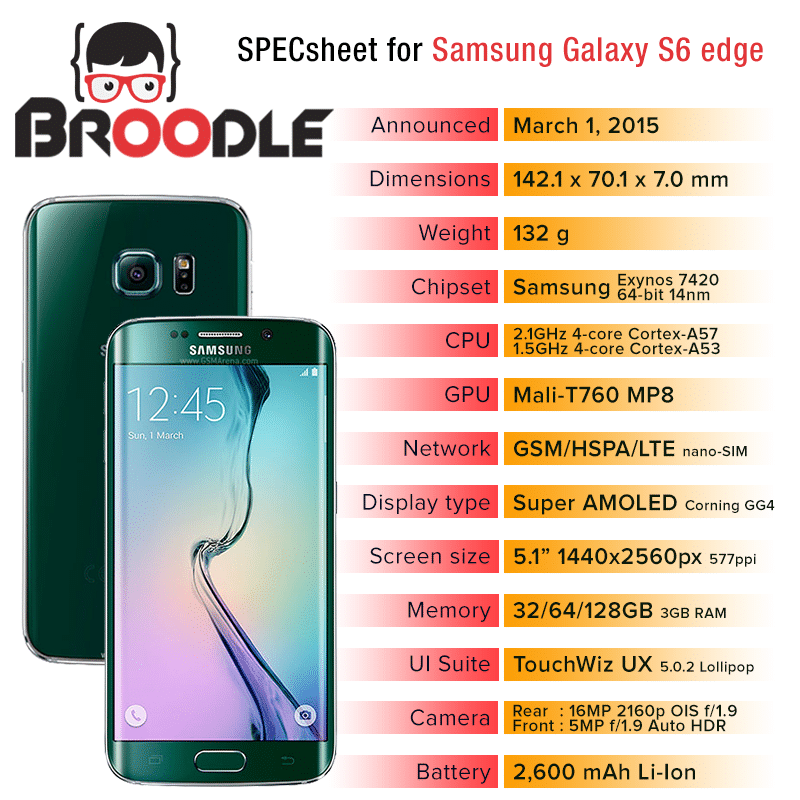 Design
Both devices has a sleek, slim and seamless full metal frame design with Corning Gorilla Glass 4 protecting both the front and the back of the devices. And of course the Samsung Galaxy S6 edge has those dual curved glass on the front. Overall I can say that I love the design for both phone but only the camera bumps at the backs irritates me a bit. The phones look solid thanks to its metal frame wraps around the phone. However the glass back panel would attract fingerprint smudge far too easily, just like the problem being faced by the Sony flagships, the Xperia Z series. The S6 is only 6.8mm thick with 138g in weight while the S6 edge is 7.0mm thick and 132g in weight

Display
Samsung continues to use Super AMOLED QHD display for most of its phones including these flagships and that’s a big plus (for me at least). Samsung as able to cramp in 1440 x 2560 pixels into a 5.1-inch screen making the pixel density jumps to a whopping 576 ppi. The only phone that has that many pixel density is the Korean Galaxy S5 LTE-A (G906S). A 5-inch 1080p FHD screen bears 441ppi. The Galaxy S6 edge features a unique curved Gorilla Glass 4 on either sides of the phone, wrapping to about half of the phone thickness. 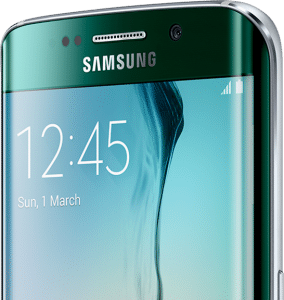 Cameras
Both S6 variants has the same camera modules. On the back, there is a 16-megapixel Sony IMX240 (same one as the Note 4) with optical image stabilization (OIS) and real-time HDR. However Samsung managed to tweak the module and increase the aperture size from f/2.2 on the Note 4 (S5 f/2.4) to a bigger f/1.9 on these devices, which allows more light to enter the lens. The main camera is capable of shooting 2160p@30fps, 1080p@60fps, 720p@120fps videos. For the front facing camera, Samsung packs in a 5-megapixel f/1.9 camera, also with real-time HDR capability, which Samsung claims ‘world first’.

Performance
After much rumble in tech world these past months, about Samsung is ditching Qualcomm Snapdragon 810, due to overheating problem, today it is official that Samsung is using its in-house Exynos 7 Octa 7420 to power the S6 and the S6 edge. This processor is the world’s first 64-bit architecture processor, build using 14nm FinFET technology. (Snapdragon 810 uses 20nm). There are 8-core in total, with 4 Cortex-A57 cores running at 2.1GHz and 4 Cortex-A53 running at 1.5GHz. This processor is supported by an octa-core Mali-T760 GPU. For the internal memory, Samsung uses the Universal Flash Storage (UFS) instead of the ordinary eMMC, which is faster yet uses lower energy. There will be 3 options for the storage capacity: 32, 64 and 128GB! (finally). 3GB of DDR4 RAM is on board.

Other features
Samsung introduced wireless charging  capability into both devices. It is compatible with Qi/PMA/WPC standard (but the wireless charging pad is sold separately) Also there Samsung came up with its own fast charging technology. Samsung claims that by charging the S6 for only 10 min, you can enjoy 2 hours of HD video or 4 hours of casual use. The Oppo VOOC fast charging in the R5 juiced up the battery from 0 to 75% in just 30 min.

The Galaxy S6 and S6 edge will be shipped with Android Lollipop 5.0 with simplified TouchWiz UX. Samsung also introduce the Samsung Pay along with these devices. 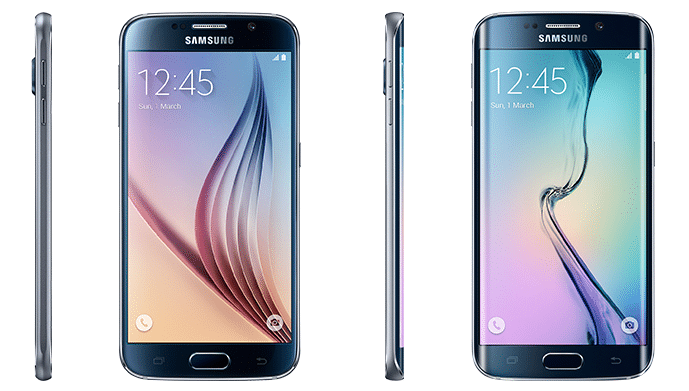