How to Schedule WhatsApp Messages in Android Device

WhatsApp is one of the most popular messaging programs with a variety of functions. It does, however, lack some critical features, one of which is message scheduling. While WhatsApp provides a number of useful features, such as stickers, GIFs, and the ability to delete messages, the instant messaging network does not allow users to schedule conversations. If a user recalls to ping someone in the middle of the night, he or she will either have to remember to do it the next day or do it right then, because there is no option to plan it.

While WhatsApp has a lot of handy features, including stickers, GIFs, and the option to erase messages, users cannot schedule chats. If a user remembers to ping someone in the middle of the night, he or she must either remember to do it the next day or do it right then and there because there is no option to schedule it.

Must Read: How WhatsApp Marketing Can Benefit Your Business

What is the best way to schedule WhatsApp messages?

Several third-party apps can help you schedule WhatsApp messages on Android. While other apps claim to be able to do the job, only SKEDit succeeds. Here’s how to use SKEDit to schedule WhatsApp messages. The app is poorly rated on the play store because of its compatibility with devices and android versions. Yu can give it a shot if this works for you then good to go. 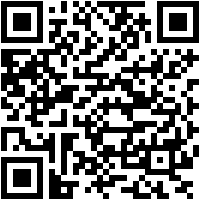