Gadgets That Can Replace The Smartphone

Do you feel addicted to a smartphone?

It’s hard to imagine your life without a smartphone today. People have become addicted to this gadget and its absence can cause them to have a panic attack. Excessive dependence on the phone can cause sleep disturbance, causeless anxiety, stress, depression, and a decrease in libido.

The term “no mobile phobia” appeared – nomophobia, which describes an exciting state and panic in a person who has lost contact with a smartphone. Understanding their vulnerability, people begin to limit themselves in using the phone, delete applications, refuse social networks, set tight time frames.

However, it is already impossible to completely eliminate gadgets from life: they are too deeply ingrained in our existence. Digital detox – a chance to escape from the stifling grip of technology. At least for a while. While we can still afford it. 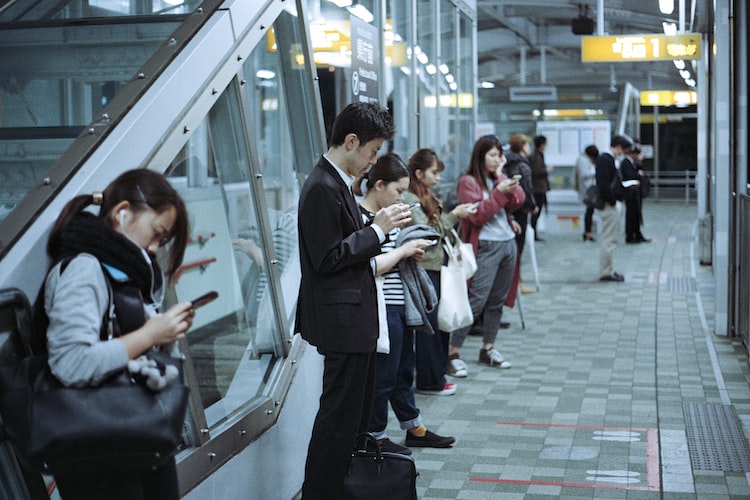 What alternatives to a smartphone can I use?

Let’s look at four gadgets that can replace a smartphone. There are both already known to you, and completely new. No one denies the great role of smartphones in our lives, but at least you can temporarily limit its use. These devices will help you stay without a smartphone and not feel bad.

Based on statistics, the popularity of large button cell phones grew by 5%, while sales of smartphones increased by only 2%. This can be explained by the fact that many users prefer battery life.

Surely, many business people prefer that the device for communication more effectively cope with the main task, rather than auxiliary functions: shooting, games, and others. In addition, people want to get rid of dependence on social networks.

There are several undeniable advantages of a simple large button cell phone over a smartphone. This is cheap, long battery life, but most importantly – freedom from social networks.

Many people know firsthand how a smartphone kills time. At every free moment, we go online to get news, check email, view new photos on Instagram, chat with virtual friends. We do not notice how we spend on this most important thing – the precious hours of our lives.

Internet addiction with the advent of smartphones has gained new momentum: if a variety of things make us distract from the computer, then you can use your smartphone almost anywhere and at any time: at night, in transport, at work or during outdoor recreation.

Many people find it difficult to control themselves. Therefore, as therapy, people with Internet addiction are switching to large button cell phones. And they are surprised to find out how much time has been freed up for a hobby, reading books, communicating with live real friends.

Smartwatch, they are also smart watches – this is an interesting gadget with really great capabilities. The device can be made in a variety of styles – from elegant classics, close to the shape of traditional watches, to all sorts of high-tech variations.

Smartwatches perform, first of all, the role of assistant for a smartphone – the perfect tandem of two gadgets. However, now there are smartwatches that can replace your smartphone.

Want to be a modern and fashionable person? Stop depending on your bulky smartphone? Just imagine, you can not take the phone for a run and at the same time be in touch! Behind the wheel, you will not have to use the Bluetooth headset anymore, because a smartwatch with a SIM card will allow you to make and receive calls in one easy movement, even during a trip.

Standalone smart watches can be used for calls. You will be able to communicate with the other person through the speakerphone, using the palm raised to your ear, or connect a headset via Bluetooth. Some models provide the function of dialing the clock manually.

But that’s not all. In addition to the main function, smart watches perform many others. For example, a fitness tracker, audio player, alarm clock, and some models are even equipped with cameras.

California startup Palm, which owns the exclusive rights to the legendary brand, introduced the device of the same name, designed for fans of compact phones. The gadget is in addition to the smartphone and can do everything the same as a smartwatch – but in a more advanced form.

Palm looks like a miniature smartphone, but in reality, it is not. The device is running Android 8.1 Oreo with a proprietary user interface, reminiscent of Apple’s watchOS. Instead of the traditional desktop, a Google search and application icons are displayed in a mixed order that you can move as you like. Unlike smartwatches, Palm launches full-fledged versions of applications.

But the most interesting is the Life Mode, which not only removes messages but also suppresses cellular communication with Wi-Fi. Until the user decides to check what is happening online. American operator Verizon, which has exclusive distribution rights for Palm, does not sell it “alone”: the device is available only as a supplement to the main one, and both share the same number.

Large corporations are doing everything to make smart speakers become the same household appliance as kettles, microwaves or stereos. Life figured out what gadgets are already on the market, and which ones will go on sale very soon.

Every fourth American bought a smart column home. For example, in the first quarter of 2018, US residents bought as many as 3.5 million Google Home and 2.5 million Amazon Echo, and more than a million Echo Dot columns during the Thanksgiving sales week. Impressive performance.

Everything is very simple: a clever speaker is a device that hears the user, analyzes his speech and tries to fulfill all the requests of the owner. In fact, the voice assistant from the smartphone is simply transferred to the speaker case, which also plays music, if asked.

In the future, this is really convenient, because many people are not ready to communicate with a smartphone, but have nothing against talking with a separate gadget that is intended for this. Thus, a smart speaker can replace your smartphone when you are at home.

We reviewed with you 4 gadgets that can replace the phone.

Try an experiment: replace your smartphone with a large button cell phone for a week: how will your life change? Will it become duller and harder or, on the contrary, simpler and more diverse?