Facebook, the app you browse through when you are travelling on your bus or the train on the way to work, school or wherever else that you have to be. It is one app that most smartphone users have on their devices. So frequently is this app being used by everybody that smartphone manufacturers tend to have this app preinstalled on their smartphones. Furthermore, statistics have proved that regular Facebook users tend to use it the first day in the morning before they get out of bed and the last thing at night before they go to bed. It is also the app that they turn to when they have nothing to do and even when they should be doing something else. 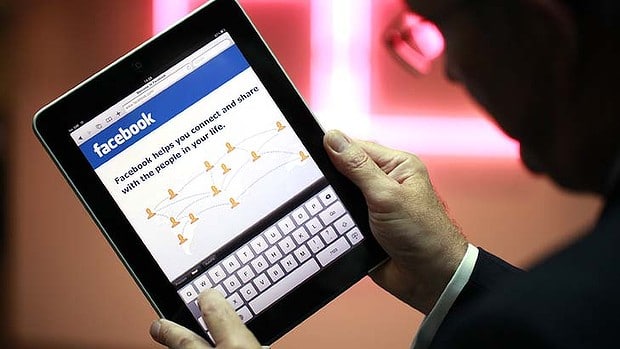 While all the aforementioned facts about Facebook would not sound really shocking to almost anybody aware of the power that Facebook holds over people, the facts being presented up next will without a doubt shock them.

According to a rather recent study, it has been reported that 1095 Danish people participating in a study conducted by an institute in Denmark, where they were asked to stay away from Facebook for a week, i.e. 7 days. Later, it was reported that 94% of the people participating in the study were unable to stay away from their Facebook using and reverted back to their addiction in no time.

Furthermore, the Danish institute behind the study have said that Facebook was a “nonstop portal of news” that was responsible for distorting a person’s view of facts and reality. To add to it, the small 6% of the people that stuck to the rules and did not use Facebook for a week said that they are more satisfied with the quality of life that they had lived for the past week.

Facebook is not only responsible for decreasing its users’ quality of life but it is also said to inspire all sorts of jealousy and envy in response to people having a very active life on social media with hundreds of likes and comments. Based on the statistics, it has been reported that 50% of Facebook users envy other users that tend to post amazing posts every single day. On the other hand, happy posts generated envy in 30% of Facebook population while the people with success stories were envied by 40% of the Facebook users.

People addicted to Facebook tend to over look everyday important things in favour of using Facebook. They waste their precious time that would be better spent working on their assigned tasks and getting ahead. Furthermore, it has also been observed that the people who would turn away from Facebook and reluctantly start working on their assigned tasks, they would do so half-heartedly and would not concentrate on their work properly, which will not only result in lack of productivity but also have a negative impact on their future.

It is one thing for Facebook users who are addicted to it to be more stressed than the people who do not rely on their peers and their Facebook profiles to live their lives, it is entirely another thing for them to feel resentful of the things that others have and have them destroy their whole life over it. They envy them and they stress out over the fact that what is wrong with them. It is things like these that happen to be the reason why people wonder about the things that they do not have, which their friends and peers take for granted. It is things like these that are not only responsible for creating anonymity and ill feelings between people but is also the reason why people develop superiority and inferiority complexes at a young and tender age.

Facebook is that one app that is being used by almost everyone, regardless of their age, colour, creed or the place of their birth. When so many people coming from different background and different point of views come together on Facebook, things are bound to get ugly. While adults may perfectly be able to navigate these treacherous trenches, it is kids that might be gravely impacted from such things, things that may follow them for the rest of their lives. This is why, parents to teenagers and younger children need to look out for their children to assure that no lifelong negative impacts may plague their lives. For this purpose, even if parents have to make use of parental monitoring applications to aid them in the process, they should not hesitate at all.

Elizbeth is a senior writer and blogger with extensive potential of doing well. She loves to write on different topics like technology, gadgets, news, and also write on teenage issues and their solutions. Currently she is working on internet monitoring software to protect kids form dangers of online activities. Follow he on twitter @elizbethsewell6