Wired vs Wireless Headphones: Which One to Choose?

A huge amount of equipment works today without wires, although for only a few decades this possibility seemed fantastic. Headphone segment new technology also touched. Due to such features as the absence of wires in the headphones, a person expands his capabilities in using technology and improves usability. But before you go for a new acquisition, you should thoroughly understand the question of which headphones are better to choose, wired or wireless.

Features of an Innovative Headset

As the name implies, the main distinguishing feature of wireless devices is their ability to transmit sound not through wires, but through an analog or digital signal. For this, the Bluetooth module is mainly used. There are several ways to transmit a signal at a distance, the signal quality and range depend primarily on this.

To date, the most common are accessories that work on the use of radio point signals due to their ease of implementation, low cost. But nevertheless, more stable operation, good communication is provided by devices based on signal transmission via Bluetooth. There are several reasons for the stability of their work:

What are Wireless Headphones

There is no point in talking about the designs of the headphones since they are almost identical for wireless and wired headsets. But it’s still worth stopping at the type of communication of wireless devices. To date, the most common three options for transmitting sound.

Devices based on the use of Bluetooth are most often used for smartphones and laptops. Of course, when compared with a radio signal, the technology is significantly inferior in many respects. The signal range is not too large, the battery charge is consumed much faster, the sound quality is better. But today the development of this particular technology is progressing, and gradually a headset of even better and better quality appears on the market.

Devices operating on a radio signal with a frequency of 2.4 GHz are mainly used when working with personal computers, televisions, consoles. You can also find great solutions for laptops. A distinctive feature of such a headset is the best sound quality. It is generally accepted that such a transfer does not distort the sound, but this is more dependent on the source and the headset itself.

Wireless devices, the operation of which is based on the use of an IR module, will be the perfect and most appropriate solution for lovers of high-quality music sound. Thanks to the use of the infrared channel, it is possible to transmit large data packets, while the sound remains voluminous, caressing. To make the sound richer, many of these models use built-in sound amplifiers that run on battery power.

But such models have several drawbacks. First of all, it is a very high price with a small assortment of models in modern choice. Another point is the small radius of action. The headset and source should be within sight, so moving around the rooms in the house just does not work.

Which is Better to Choose

What is better to choose wired traditional or wireless headphones? This question worries many modern users. Innovative technologies are great, but not always behind them the traditional technology options. This also applies to the headset. Among the obvious advantages are:

But if you take other characteristics, then not everything is so beautiful and unique. If the question arose as to which device is better in terms of sound, it is worth noting that so far, by almost all selection criteria, wireless headphones are inferior to their predecessors. First of all, it is felt in the form of a constant distortion of sound and the appearance of extraneous noise. Also conditional is the issue and amenities. Despite the fact that the question with confusing wires has been removed, the power is relevant. A battery is an integral part of any wireless headset, and you need to constantly think about recharging it.

Comparative Characteristics of the Two Types

To understand which option is better for a particular situation is much easier if simple comparative characteristics are carried out.

The advantages of models working at a distance from the source, in comparison with traditional ones, are obvious.

Selection Based on the Technology Used

Depending on the source with which the devices will be used, there are also certain nuances of choice.

1. The best option for a TV that has a feature such as SmartTV will be headphones made using Bluetooth technology. Very rarely, infrared or radio transmission modules are built into the TV. Therefore, the choice is significantly limited, and you will need to pay attention to sound quality and functionality. 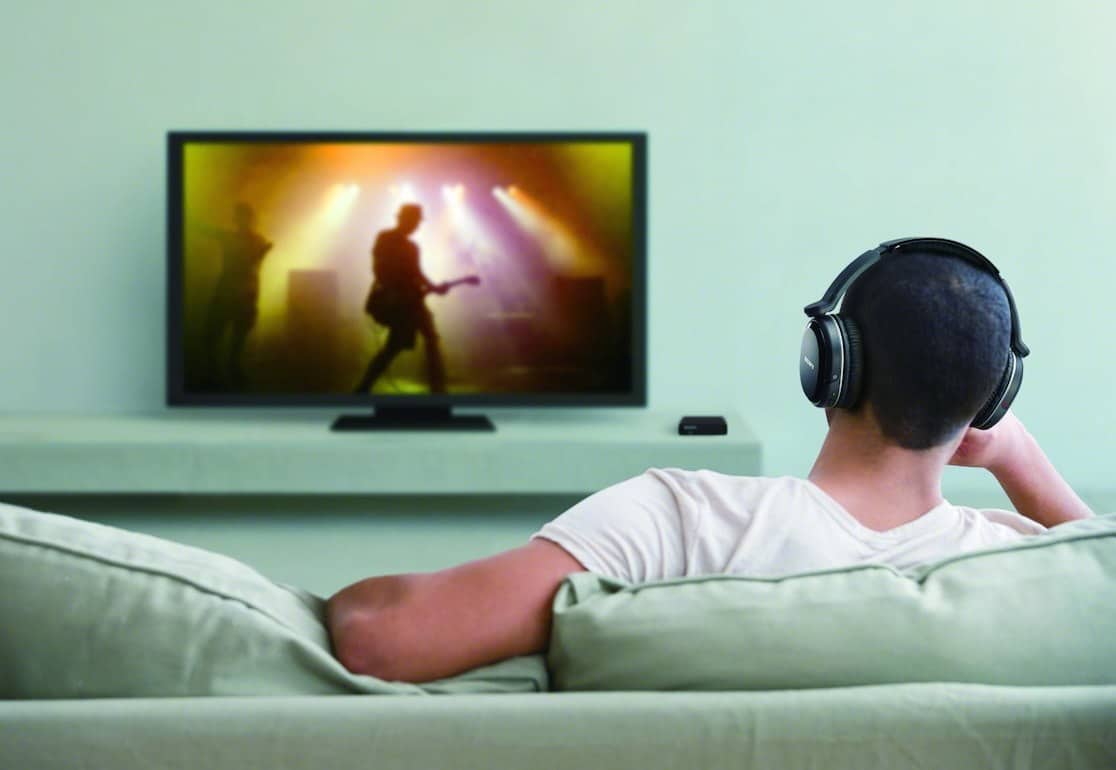 2. Choosing a high-quality headset for a smartphone is a little more difficult since often they will have to be used on the street, in transport or in the office. Models on the radio signal are unlikely to fit since most modern smartphones contain only the Bluetooth module. So that the headphones do not let noise in, you should choose models with good sound insulation.

3. Choosing a model for a computer is much simpler since such a technique involves several communication options – this is both a radio signal and Bluetooth. The signal length does not matter much, since rarely when using a person will be far removed. It is best when choosing in such cases to focus on sound quality.

Naturally, with a long search, you can find a more universal option that will satisfy all the requirements and become a good choice for all types of equipment. But more often than not, multi-functionality negatively affects the sound quality and appearance.

In conclusion, I want to note that for all the obvious advantages of devices working on a remote signal, users are still stopped by their imperfection and lower sound quality. It is not surprising that many experts recommend using wired accessories to assess the full capabilities of speakers. And it’s best to choose hybrid models that, when close to the sound source, can be used with wires, and if necessary, a radio signal is used to transmit information.

As information technology develops, it becomes clear that soon the need to use wired and hybrid representatives will simply disappear, and they will be replaced by high-quality wireless headphones.