The Three Major Product’s that made Apple on Top 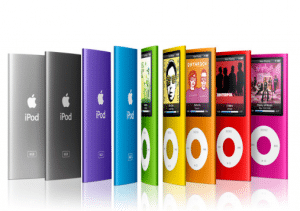 Ipods the small in size . There are many types in ipods like ipod shuffle , ipod nano , ipod touch. the ipod shuffle has got a storage capacity of 2 GB . the ipod nano has 8 to 16 GB and the ipod touch has got 8,32 and 64 GB capacity. that means you can have minimum of 500 songs and maximum of 40000 songs and also they weight very light. the ipod have got the simple controls for peculiarly meant for the easy use by the layman and it has got the complex functions too.

The iphone and ipads both have got the face time .Face time has been really great benifit to the iphone and ipad (and also ipod) in the feature it utilizes the front cam of the mobile or ipad to chat withe other users having the idevice’s previously face time was only used via the wifi but now it can be used over the mobile network . coming to the next feature its the icloud. icloud is an ideal online storage app for the idevices . it has enhanced security . The icould is free service with the apple products . it usually stores the data , music , photos and online contacts online sync to gather with all the apple products that are linked with it. 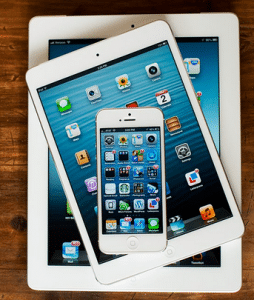 Now a days the ipad’s and iphone’s are enhanced with the track id which means finger print scanning . with this you can unlock your phones add security to the saved user accounts like credit cards paypal account etc.And apart from that if it can be properly used the it can also be used to lock the apps but we are still waiting for that technology.And more over the latest apple devices have got the 64 bit processor for the high multi tasking and enriched gaming performances . the apple has its own crisp display known as the retina display which has its advantage of the pixels.And more over that the ios interface is much highly optimized which means the iphone or the ipad never lags expect in some worst cases that can never be expected.And it has the regular updates from the apple Which means there is no need to manually do some stuff like we regularly do on the android.

Cybersecurity 101 – How to Spot the Most Common Types of Malware

The internet is a marvelous invention, but just as any great thing in life, it can often be a double-edged sword. You...
Read more

The Ultimate Guide to Building Your eCommerce Brand

6 Things To Look For When Buying a Laptop For Graphic...

4 Reasons Why HRIS is Unfit For Performance Management in Your...