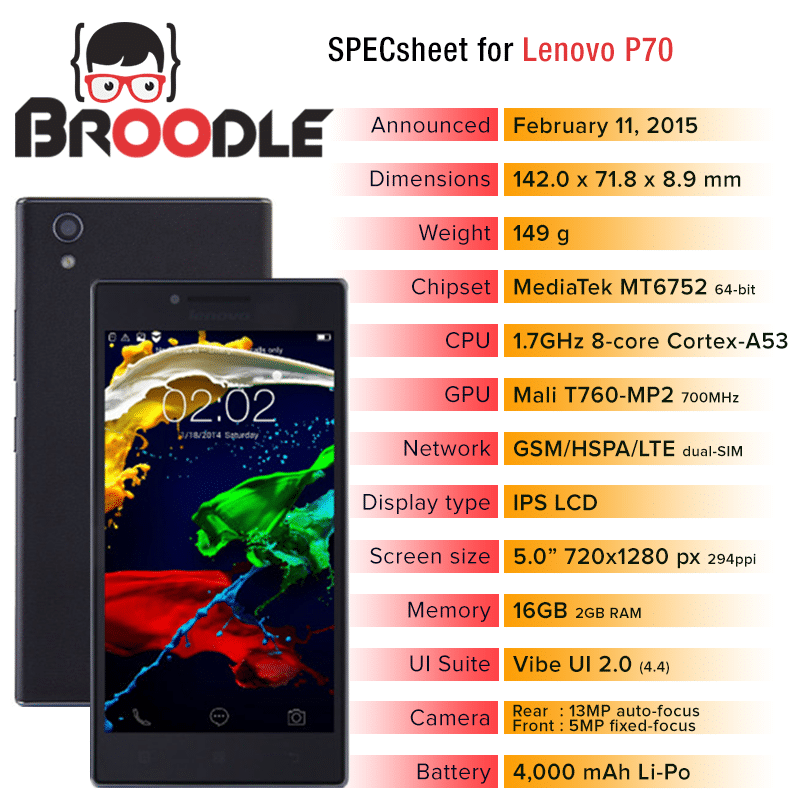 Today, Lenovo has announced a brand new phone, the P70, which will only available in China. The main features that was highlighted is the gigantic 4,000 mAh battery, with 32 days standby time, claimed the company. This is a LTE-enabled phone, supporting Cat.4 download speed of 150Mbps and 50Mbps upload.

Massive battery, a month standby
Even though the Lenovo P70 has a massive 4,000 mAh battery, it keeps a thin profile at 8.9mm with weight only 149g. Lenovo has cramps this kind of battery madness before when it launched the P780 back in June 2013, but the phone was 10mm thick with 176g in weight. Lenovo claimed that the P70 will last up to 32 days on 2G, 29 days (3G) and 30.5 days (LTE). Talk time is rated at 46 hours (2G) and 18 hours for 3G call. With that massive battery, you can charge your other devices with USB-OTG function on board.

True8Core
This phone is powered by the MediaTek True8Core 64-bit Cortex-A53 (MT6752) with 8 core running concurrently at 1.7GHz. All those power will be coupled with Mali T760MP2 GPU and ample 2GB of RAM for ‘seamless responsiveness’. The internal storage for this device is at 16GB, but by swapping one of the SIM tray, you can put in a microSD card for expandable storage option.

Get ready for a #selfie
It seems like a progressing trend for Lenovo devices right now, by having a #selfie ready 5MP front facing camera with ‘auto-beautification features’. On the rear side, there is a 13MP main camera with auto-focus and LED flash. The camera software features multiple shooting modes, along with gesture control to snap a picture.

HD IPS display
This phone is equipped with a 5-inch 720p IPS screen with ‘nearly 180-degrees of wide-angle viewing’. Having had a Lenovo phone before, I’m guessing the screen will be vibrant and gorgeous for photo, video and games. Lenovo P70 will run Android 4.4 Kitkat on top of Lenovo VibeUI 2.0 suite. 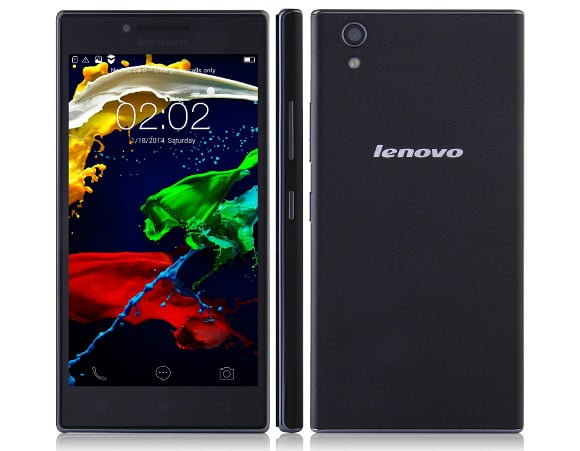 Conclusion
Lenovo P70 is a great mid-ranger phone with decent specs and great additional features. The massive battery is a huge plus, along with it’s 5MP front facing camera, and the octa-core processor. This phone is priced at CNY 1,399 ($224/€198/INR13,999/RM811) and currently only available in mainland China.