7 Best Translation Apps for Travelling Around the World

Travelling around the world has always been an exciting prospect. Meeting new cultures, creating friendships and everlasting memories is something that everyone should consider at least once. However, one particular aspect of traveling around the globe might prove difficult to those with little knowledge of world languages.

You might travel to Russia, China or even Greece or Germany and have trouble communicating with the locals due to a language barrier. Luckily, the technology has advanced sufficiently to make up for that detriment so let’s take a look at some of the best translation apps that can help you out when you set out to travel the world.

One of the most versatile tools for translating phrases to different languages is TripLingo. This is a unique app on the translation market due to the fact that it relies on slang and street speech as well as academic knowledge of a language.

You can combine both of these sets of information in order to better understand how people talk in their home countries. The free app comes with basic access to over 20 languages, and if you opt to pay for the full package, all of the content will be available to you on iOS or Android no matter where you go. It even includes a crash course in local culture for every country available, which is always a plus for travelers. For those with iOS devices in mind, iHandy offers a decent translation app that you can use in your travels. The app comes equipped with access to 52 languages and comes in free or premium version, depending on your needs and preferences.

What separates iHandy from other translation apps is the fact that it can translate entire sentences and dialogues seemingly on the fly. It also offers a full plethora of social media integrations, allowing you to share content you translated during your travels on Facebook, Twitter and others. While it may not look very professional or rich in graphics, this is a lightweight translation tool that any traveler will be lucky to have around. 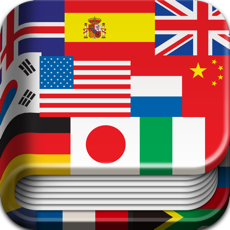 The app can translate over a half of its languages using the built-in database, meaning that you don’t even need to be connected to the internet for it to work. As a bonus, Google Translate allows you to handwrite phrases and use language recognition to get the job done for you, all while offering you a way to Google search whatever phrase you might be looking at currently. The app can be used free of charge, courtesy of Google and is available on iOS and Android devices alike.

For those who travel to China, Japan or Korea, Waygo is the essential travel app. The languages of south-east Asia are known for their picturesque quality, opting not to use western alphabet in their everyday life. This means that using translation apps might be hard for those who travel for holidays or want to explore these countries and then head back home.

Luckily, Waygo is a perfect translation application that allows you to quickly take photos of Asian writing and get an accurate translation and pronunciation of said languages. If you visit established translation sites, you will notice a deficiency in these languages. While the app only supports three languages (so far), they are widespread enough for the app to be relevant on the market. 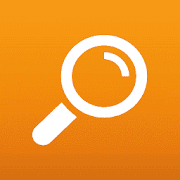 While the name might not sound exciting, Voice Translator is a very popular and handy app for traveling around. It supports a dozen languages and the reason for such a small choice lies in its name – Voice Translator works with voice commands.

It can easily facilitate conversations between people of different languages and translate their words on the fly. Even more than that, Voice Translator offers a cloud repository for every conversation you had and allows you to quickly access transcripts and audio files for future use. And while the translation isn’t always spot on, Voice Translator is a very versatile app that can help you get around no matter where you are headed. This is a voice-oriented translation application only available on iOS. As such, the developers had a chance to focus on adding more and more features that would make SayHi the go-to travel application. It supports over 100 languages with playback editing capabilities and translations in various different voices depending on your preferences.

While the app doesn’t support slang, it does allow you to carry a conversation in two different languages in real time without worrying that something might get lost in translation.  This is a free application that doesn’t require any additional payments to be used to its full extent, and as such, it provides an adequate substitute to paid apps. 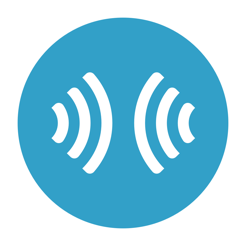 If you ever wondered how you can translate signs, pictures, phonebook information or restaurant menus on the fly, then TextGrabber is the perfect app for you. The application has been built around the idea of using your camera as an input device for text that needs translation.

It offers over 60 different language translation options and allows you to instantly click on any links that might appear as a result of the translation. You can even read QR codes and store any scanned text information for future use, which makes TextGrabber a very versatile translation tool. And while the app itself isn’t free, the amount of content and freedom you get by using it is hard to compare to any free apps that might be out there. 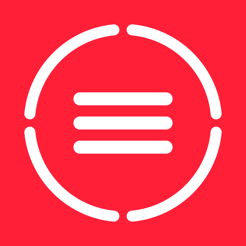 Choosing the adequate application for your needs is all about taste and subjectivity. If you are completely unaware of the language your country of choice is using, you should invest in a paid app and be safe about what you are doing. These applications are more than just translation tools.

They allow you to easily learn new languages by practically applying them while you travel around the world. Don’t be afraid of going someplace new just because you don’t know the local language. Equip yourself with proper translation apps and start making your travel dreams a reality.