Homegrown mobile major, Micromax has recently launched yet another new smartphone model in the budget smartphone segment of India. Named as the Micromax Canvas Evok, this new handset has further expanded Micromax’s Canvas range of mobile phones in India. Recently, the company had also launched the new Micromax Canvas XP 4G which has been priced at only Rs 7,499. 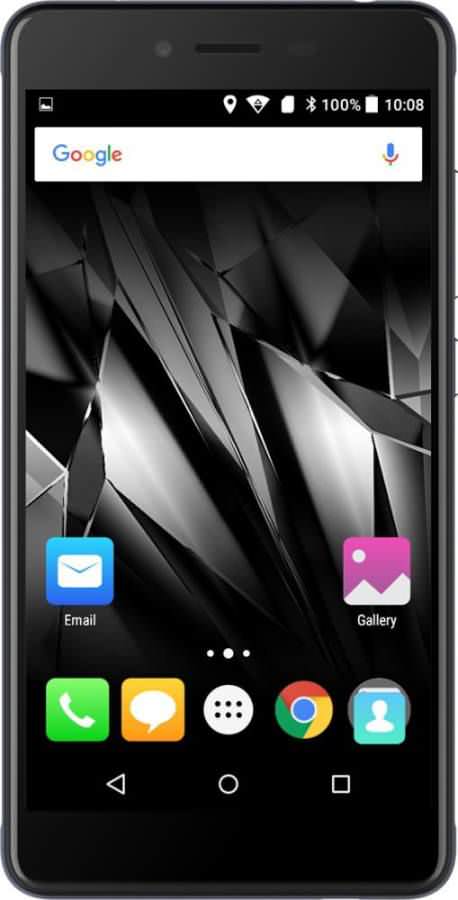 The latest in the Micromax Canvas series of smartphones – the Canvas Evok was launched on 16th of May 2016 priced aggressively at just Rs. 8,499 and has gone on sale exclusively on Flipkart.

Micromax has revealed in its statement that the company’s latest offering, the Canvas Evok is aimed at the young working professionals. So, does the new Micromax Canvas Evok come braced with everything that the young professionals require or demand that too at such an aggressive price? Can the new Micromax Canvas Evok survive in the current cutthroat market of India, given that there are so many new capable models available in this segment?

We are going to find out the answers by looking at the top 5 features of the Micromax Canvas Evok, and get to know whether or not the new smartphone is really your money’s worth.

So, here’s a look at the top 5 features of the new Micromax Canvas Evok that you should know:

The new Micromax Canvas Evok features a large 5.5-inch High Definition IPS display that comes with a 720×1280 pixels screen resolution along with a pixel density of 267ppi. The screen also flaunts a good 2.5D arc design and also comes braced with Corning Gorilla Glass 3 to make it resistant against scratches and dust. The screen looks bright and colorful along with good viewing angles.

The Canvas Evok flaunts a neat and smart design, which is practical and also looks pretty sturdy. It comes it black color and gets a textured back panel for better grip and comfortable handling. However, Micromax has not given the Canvas Evok the much in trend metallic built which is a big setback as there are many capable budget phones in the market that boast of premium metal construction. The Canvas Evok thus gets a regular plastic built which looks otherwise well built.

Camera is a huge deciding factor when it comes to choosing a new smartphone model. Even the first time phone users who form a chunk of the budget smartphone market would want to have good camera specs although they might not be very conscious about the other hardware specs performance of the smartphone.

The Micromax Canvas Evok comes packed with a nice 13 MP primary camera that is placed at its rear. The primary snapper comes braced with dual LED Flash, 1.12µm pixel lens and a 5P Large lens for better picture quality with greater details.

For the selfie-snapping and video calling capabilities, the Canvas Evok also features a 5 MP front facing secondary shooter that also comes with a wide angle lens as well as an LED flash to offer clearer and detailed snaps.

In terms of power and storage, the Micromax Canvas Evok gets powered by an Octa-core Qualcomm Snapdragon 415 CPU that is clocked at the speed of 1.4 GHz. The chipset comes with the good support of 3 GB of RAM, which means running apps will be smooth on it while you can also expect a hassle-free multitasking experience.

The smartphone model comes with 16 GB of internal memory along with the flexibility of a microSD card slot through which the storage can be expanded to up to 64 GB.

The Canvas Evok runs on the older version of the Android Operating System – 5.1 Android Lollipop, which is pretty standard in the models of the budget smartphone segment.

The Micromax Canvas Evok draws its juice from a 3,000 mAh battery pack, which should offer good backup and let a moderate user operate the device all day long on a single charge. As the Canvas Evok does not come packed with high-end specs or Full HD display resolution, it is expected gorge less on the battery life and as a result last longer. Hence, it can be safely said that the Canvas Evok will offer overall good battery backup.

The new Micromax Canvas Evok is the latest effort of the Indian mobile maker to expand its product portfolio and reinforce its presence in the budget smartphone market of the country. The new Canvas Evok is another new member of the Micromax Canvas family that comes with decent features and good capabilities. The primary draw points of the Canvas Evok are its large screen size, 3 GB RAM support, 4G support and of course its attractive price point.

You can find more details and the complete specs list of the Micromax Canvas Evok on 91mobiles.com. You can also get to know about the various pros and cons of the new Canvas Evok by visiting 91mobiles.com. 91mobiles.com also offers detailed comparison between similar handsets in the same price range.