As per the Technology News about the Apple version of the design and features of the phone, the media has been considerable broke the news, and Apple’s official will not be confirmed. But recently sharp-eyed developers through Apple’s official software code in the information, looking for a decade version of the clues of mobile phones. Official information from Apple shows that the phone will be framed, and will provide infrared face scan recognition.

Expected in September, Apple will convene a conference released 10 years version of the phone, the phone’s function, and the main configuration, the outside world has a more consistent information, the machine will use no border design, screen ratio increased significantly, will be canceled The bottom of the physical button, the other to support wireless charging, the screen switch to 2:1 OLED screen, the other will provide face scan recognition technology as a means of mobile phone unlock.

According to a number of foreign media reports, recently in the Apple smartphone HomePod firmware system file code, iOS development team found some information about the decade version of the phone. A developer named Steve Troughton-Smith said the code in the code shows that Apple’s 10th-century version of the phone will provide infrared-based face scan recognition.

In addition, another developer Guilherme Ramb also found a mobile phone icon file, this icon refers to the “D22” mobile device, the developer said, D22 is the outside world called the iPhone 8.

Before the media and supply chain has been exposed to the design of the decade version of the phone, surrounded by the border has been the smallest, which at the top, there will be a small piece of “bangs” area, may be used to arrange the camera, speakers and other zero part.

This icon file in the mobile phone design, and the network out of the basic line. Apple did not achieve completely any border. According to industry media analysis, the future if Apple can integrate the camera and other parts under the screen, then be able to achieve a true borderless design. 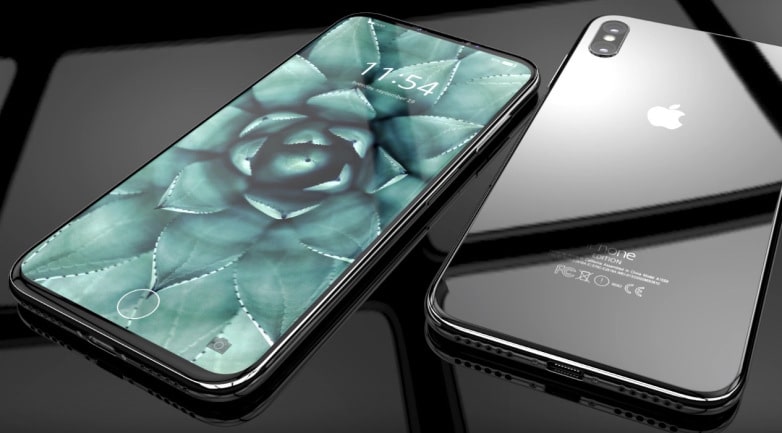 Before the news that the face recognition will be in the decade version of the phone to play a more important role, Apple will significantly increase the speed of identification, the mobile phone unlocks speed even faster than the fingerprint.

In terms of fingerprint identification, Apple is expected to integrate this feature into the screen, but the technical design is not mature, resulting in mobile phone production has been delayed. The release of the new version of the phone, screen application experience will decline, it will be highly concerned about.

In accordance with established practice, this phone will be released in September, the global sale in October. But this year due to mass production problems, so the initial supply will be very limited, including China, including many consumers, more hope to buy Apple’s new phone early next year.