Have you been lucky to taste the Lollipop yet? How was it? Slightly bitter? Hmm, let’s find out

So it is 2015, a bright new year with a lot of things happening in the Tech World. It’s quite late for me, I know, but first of all let me wish all the readers a HAPPY NEW YEAR with all the wishes and all that jazz that you normally wish everyone on such occasions  🙂 .

While Android Lollipop is still not the dominating version of Android today as most of the devices are still running on Android Jellybean, most of the recent android phones have received Android Lollipop update. These devices are Moto G – 1&2, Moto – X 1&2, Nexus 5 and comming soon to Asus Zenfones and Samsung Galaxy S5 (as per the leaked videos showing test builds of TouchWiz running on Android 5.0). Nexus 6 stands out of this list as it’s Nexus phone which was launched with Android 5.0 out of the box. 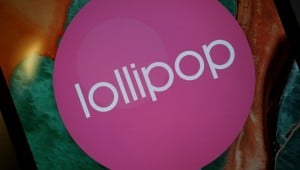 However, here, we are talking about Android 5.0 operating system and its most common impression of it being “laggy”, choppy and slow at times. Any fortunate user who got to taste the Lollipop will praise the new fresh looks and interface but will eventually end up saying that it is a big choppy and laggy, which will come as a major shock. Why? Well previous versions of Android didn’t have this tag of being laggy and Lollipop being the latest android version based on today’s hardware, it’s quite shocking to taste the bitterness of Lollipop which is sweet otherwise!

The first no brainer reasoning for the laggy UI that one would give is the new flashy Material User Interface on Lollipop. So, is the new fancy UI animations and polished looks is making Lollipop lag a bit? We’ll get to that in a bit. The other reasoning coming from advanced users is that, on Lollipop data encryption is on by default. So whatever operations you are doing on the phone, the operating system is trying to encrypt that data causing the whole operating system UI a bit laggy. So is this the reason? Nah, wait, what are the other possibilities? On digging really deeper into the matter, now when i say this, i mean this is for and from very advanced users and developers who deal with bugging, debugging, creating logs, etc., according to the bug tickets to the AOSP (Android Open Source Project) Issue Tracker, it showed that the device not only started lagging but also started showing unusual behaviors like freezing, apps crashing, force closing, hanging eventually crashing the session badly. But, all this would simply disappear just with a simple reboot. What?? A Reboot??? Yes, you read it correct. A reboot fixed this issue. Now wait, hold on, if your phone gets laggy, slow, apps start to crash, you simply reboot and all things get back to normal, well what does this mean? This is clearly indicating the famous frustrating issue of “Memory Leaks” Yep, Lollipop is having that issue. But here the good news is that, this issue is close to get resolved. Yep, a simple update would fix this problem of memory leak. 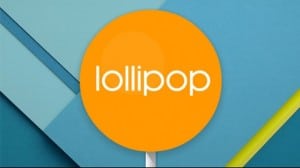 Well, to end users and not so advanced users, what is a Memory Leak? Ok here goes, what happens is a typical functioning of how a RAM works. In simple words and laymen terms, apps on the phone fills up the RAM as and when we use the apps. Also a way how Android works and how it keeps certain apps running in background based on priority instead of completely closing them like iOS. What happens here is, the apps keeps on filling the RAM and keeps on repeating the process to an extent where there is no further room left, existing apps are not killed, too many background processes running and eventually it leads to unusual behaviour like crashing of the apps, hanging, force closing and what not. It becomes so frustrating for the user that the phone needs to be rebooted and once that is done, the RAM is clean, background processes are normal untill the whole above said scenario happens again and again the user is forced to reboot the device. This in a way means that rebooting the device clears the RAM and it gives a fresh start with a fresh boot session hence the phone feels smooth and fast. Now this happens mainly on the devices that are low on configuration or less on RAM. This even happens on certain high end phones but its too less often. Not to mention the poor development of the Operating System is to be blamed as it needs optimization. Under such circumstances, OTA (over the air) updates are released which fixes this issue. So now you know why your newly flashed and installed Lollipop Rom makes your phone feel laggy or choppy at times, yes even on a Nexus 5.

As much of a good news it is that a fix will be released soon, an equally worrying news haunts you. Whe there there will be an instant update fixing the issue of Memory Leak on Lollipop or will there be a future release, which indicates towards 5.0.3 or 5.0.4? Who knows? We are keeping our fingers crossed to see the fix released as early as with Android 5.0.3 Till then, happy waiting and enjoy “lollipopping ” with tad bitterness  :o)