Why Does the Android Phone Charge Faster than the iPhone?

In the past five years, mobile phone battery charging technology has been in rapid development. Although the battery capacity did not increase, fortunately, the charging speed increased a lot. But if you put the latest iPhone and Android flagship phone together for comparison, you will find the Android phone charging speed seems to be faster than the iPhone.

This is not what the legend, but it is true. That in the end Android phone charges faster than the iPhone?

At present, the major Android manufacturers basically have their own fast charging technology, such as a plus DashCharge and Motorola’s TurboPower. But the former is a plus self-developed, while the latter is high-tech Quick Charge technology to rename.

At present, a lot of Android smart phones are supported by Qualcomm’s Quick Charge fast charging technology. According to Qualcomm’s introduction, the current use of the latest two generations of Quick Charge technology equipment has reached as much as 34.

Qualcomm Quick Charge technology does not require manual operation of the user, you just use the phone’s original charger, you can enjoy faster charge than the iPhone charging speed.

iPhone 7 original charger specifications are 1A / 5v with the maximum power of 5W. While the support for Quick Charge 2.0 device charger output current can reach 1.67 or 2A, the voltage is between 5-12V, the maximum power has reached to 18W. 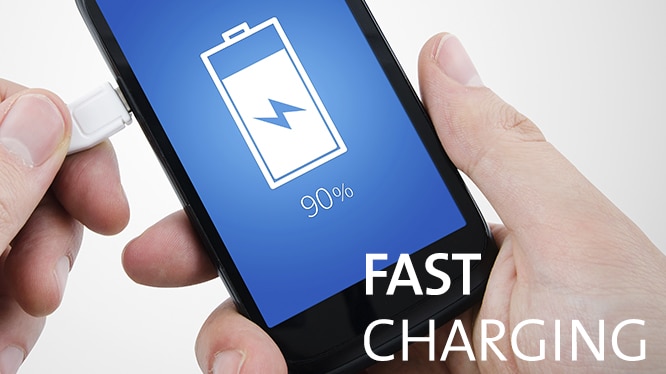 But not only charging power is important, but also power management. Qualcomm’s fast charging technology intelligently manages the charging speed and shuts off the charging power at the right time. At the beginning of the charge, Quick Charge will increase the flow of current, and when the battery is gradually filled, the current will be slowly reduced.

There are rumors that Apple’s new generation of iPhone will support the new fast charging technology. But at the same time, Qualcomm is not idle: their next-generation fast charge solution power will be increased by 10W.